A Study on the Impact of KPI in Malaysia

The recent case of Kopitiam Asia Pasific Sdn. Bhd. v Amazing Spectacular Sdn. Bhd. highlights certain points pertinent to the current intellectual property scene in Malaysia, especially the law relating to passing off. The case merits the possibility of suing in passing off of not only products, but also concepts and decor of business premises. The case also illustrates the consequence of the new key performance index (“KPI”) of evaluating Malaysian judges, wherein one of the criteria of evaluation includes the time-frame a filed case can be solved – judges encourage parties to settle and discuss the possibility of settlement at the expense of court battles and extensive litigation. This recently concluded case also exemplifies the willingness of lawyers in Malaysia nowadays to think out of the box to protect interests of their client. 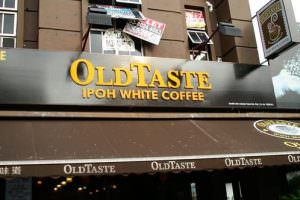 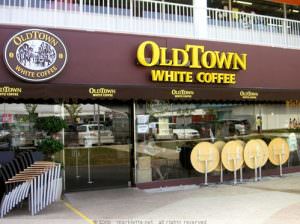 Reasons of the Plaintiff’s claim were amongst others:-

It was the Plaintiff’s contention that these may cause confusion amongst general members of the public or mislead the public thinking that both are one and the same and/or related to each other when none exist.

The case was greeted with much anticipation and fan-fare by the legal fraternity in Malaysia. Not only was it interesting to see whether the Plaintiff could succeed, as the Plaintiff is a well-known chain of restaurant and kopitiams is an enduring part of the Malaysian lifestyle. The case is also unique in the sense that one of the grounds of action was that the restaurants operated by the parties bears almost identical or similar concept, layout and looks.

This can be likened to a fish and chip shop suing another for having almost identical or similar concept, layout and looks, which is typically the case in the United Kingdom. It was mooted by certain quarters that any misjudgement by the judge in this case will open the floodgates of litigation, especially with the blooming food and beverage industry in the country.

Another point to ponder was that certain portions of the community in Malaysia had “accepted” the Defendant’s restaurant as an imitation or pirated version of the Plaintiff’s restaurants. A bold statement so to speak, but ‘pirating’ of a person’s restaurant is no ground for a civil suit in Malaysia, although the government is getting tough on piracy in Malaysia. Again, the question was whether one could actually succeed in the tort of passing off instead.

However, the questions and curiosity of the public are left unanswered, as parties, upon the direction of the judge, just before the trial of the suit, has negotiated and agreed to settle the matter amicably without proceeding to trial. The Defendant has agreed to not use bright yellow for the wording of “OldTaste Ipoh White Coffee” and dark brown for the backdrop of its signboard and will change the signboard of all its 13 kopitiams. However, it is interesting to note at this stage that, the Defendant has also agreed to make sure that the Defendant’s menu shall not contains the colours used in the Plaintiff’s mark, a settlement term quite unheard of in Malaysia.

This incidence of settling a suit prior to the trial is a fast growing trend amongst the judiciary in Malaysia, especially in wake of the KPI system for judges and judicial officers. The KPI was designed for the clearance of judicial backlogs of cases and to ensure swift justice to all in Malaysia. With the implementation of the KPI, it is the trend of judges to encourage settlement rather than trial of a suit.

This has also affected cases involving matters of intellectual property in Malaysia, whereby judges also encourage the early settlement without trial of cases filed, as opposed to the previous trend where cases involving intellectual property will almost always end only after the trial and submission stage. It was also the trend that cases would tend to drag for more than a year before a trial date might be set for the matter. This may drag a matter for years, which would incidentally hike up legal fees and take up much of the time of the parties involved.

Comparatively, the swiftness of the current trend can be exemplified by the abovementioned case itself, whereby the whole litigation process, from the date of filing of summons thereof, to completion only takes seven months.

This have raised concerns in that the current system is very much taxing on lawyers and might compromise on justice, as the pressure is on the judiciary to finish off cases the soonest possible.

How this might be affecting both lawyers and judges in the long run remains to be seen. However, implementation of the same KPI in East Malaysia has produced encouraging results, and this is a good indication that the KPI is here to stay. This may also be good news for litigants, who no longer need to wait for many years in limbo just to have a conclusive answer on where justice stands on their filed suits.