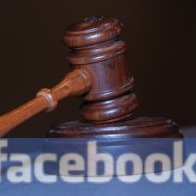 Several international instruments, including the Paris Convention and the TRIPs Agreement, mandate that member states provide for a mechanism which affords protection to well-known marks. However, these international Instruments do not specifically set out in stone the exact mechanism which member states need to adopt. Consequently, there have been two significant approaches adopted by countries:

(b) The second is the conferment of ‘well-known’ status on marks through the adversarial process. Indonesia is one such example.

The Philippines has chosen to adopt the latter. Certain competent authorities, namely the Bureau of Legal Affairs (BLA), the Office of the Director General and the courts exercising jurisdiction, have the mandate to ‘declare’ that a mark is well-known. The approach adopted by the BLA in deciding whether a mark is well-known or not reflects the Joint Recommendation concerning Provisions on the Protection  of Well- Known Marks, adopted by the World Intellectual Property Organisation. Interested parties would need to furnish evidence demonstrating ‘use’ and the ‘well-known’ status of the mark. The concerned authority would then peruse the evidence in order to ascertain, interalia, the degree of knowledge or recognition of the mark to the relevant sector; the duration, extent and geographical area of use of the mark; the duration, extent and geographical area of promotion of the mark (including advertising and publicity at fairs, exhibitions, etcs.); records of successful registration or protection conferred in other jurisdictions (if any); and the brand value of the mark. Upon being satisfied that the mark fulfills the requirements, the mark shall be declared a well-known mark. Below is a bird’s eye view of recent decisions issued by the BLA dealing with the well-known status of marks:

The ‘BOTOX’ mark
Following the submission of extensive evidence including registrations in other jurisdictions, advertising campaigns, awareness programs and other promotion, the mark ‘ BOTOX’ was declared as a well-known mark, in Allergan, Inc v. Image Sense Corporation (Decision No. 2010-50 dated July 27, 2010)

‘FACEBOOK’
Like in the case of ‘BOTOX’, the proprietor submitted extensive evidence demonstrating the well-known status of the mark. Consequently, the mark ‘FACEBOOK’ was declared ‘well-known’ in Facebook, Inc v. Lina Petalver Celino (Decision No. 2010-62 dated July 29, 2010)

On the other hand, the proprietors of the marks IONAX, OPTIGARD, FRITOS, FRITOLAY, TOSTITOS and DORITOS, COLGATE TOTAL and CINEMAX sought a declaration as to the well-known status of their respective marks. However, their requests were turned down by the BLA, owing to insufficient evidence to demonstrate their well-known status.

Obtaining a declaration that the mark is well-known confers significant benefits. Additionally, these benefits are conferred without going through a registration process and the need to abide by statutory stipulations. Thus, it indirectly protects the mark, and prevents the exploitation by other entities.