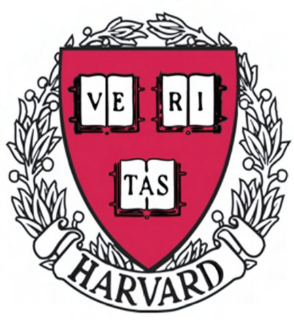 One of the earliest laws in the Philippines involving trademark rights is Act No. 666 (Trademark and Trade Name Law of the Philippine Islands) which took effect on March 6, 1903. This system favoured actual use of a mark as the basis for registration. In 1946, while the Philippines was a territory of the United States, this law was repealed by Republic Act No. 166 (Trademarks Law) which followed the same first-to-use principle.

However, in 1998, when the Philippines consolidated its intellectual property rights laws to comply with its World Trade Organization obligations, it abandoned the first-to-use principle and changed its IP regime to the first-to-file principle. With bated breath, many looked forward to how the shift in trademark registration systems would impact Philippine jurisprudence; this is one such case.

Nonetheless, regardless of the system of registration being followed, one truth remains clear – that the right to register a trademark is based on ownership and when the applicant is not the owner, he has no right to register the mark.

FACTS OF THE CASE

New York Garments Manufacturing & Export Co, Inc (New York Garments) is the predecessor-in-interest of Fredco Manufacturing Corporation (Fredco). New York Garments first used the mark Harvard in the Philippines on January 2, 1982, for t-shirts, polo shirts, sandos (or tanktops), briefs, jackets and slacks. On the basis of its use in the Philippines, it filed a trademark application on July 24, 1985, for Class 25, which matured into registration on December 12, 1988. Said registration, however, was cancelled on July 30, 1988, when Fredco failed to file the 5th Year Declaration of Actual Use. Meantime, Fredco was formed and registered with the Securities and Exchange Commission in November 9, 1995, and had since handled the manufacture, promotion and marketing of Harvard clothing articles.

Harvard University, on the other hand, was issued Registration No. 56561 on November 25, 1993, for the mark Harvard Veritas Shield Symbols for decals, tote bags, serving trays, sweatshirts, t-shirts, hats and flying discs under Classes 16, 18, 21, 25 and 28.

Harvard University discovered Fredco’s website www.harvard-usa.com through its international trademark watch program, which resulted in the filing of an administrative complaint for infringement and/or unfair competition in 2002.

In 2005, Fredco instituted an administrative action to cancel Harvard University’s registration on the basis of its earlier registration for Harvard. Fredco insists that the date of actual use in the Philippines should prevail on the issue of who has a better right to register the marks.

In its defense, Harvard University alleged that it is the lawful owner of the name and mark Harvard. And in fact, the mark is registered in numerous countries worldwide, including the Philippines.

It further alleged that the name and mark Harvard was adopted in 1639 as the name of Harvard College of Cambridge, Massachusetts, USA. The name and mark Harvard was used as early as 1872. Harvard University is over 350 years old and is a highly regarded institution of higher learning in the United States and throughout the world. Harvard University promotes, uses and advertises its name Harvard through various publications, services and products in foreign countries, including the Philippines. Its name and mark has been rated as one of the most famous brands in the world, valued between US$750 million and US$1 billion.

Decision of the Bureau of Legal Affairs, Intellectual Property Office

Acting on the cancellation action, a decision was rendered in favour of Fredco ordering the cancellation of Registration No. 56561 insofar as it included Class 25, thereby recognizing Fredco’s prior rights to the Harvard mark over clothing articles.

Decision of the Office of the Director General, Intellectual Property Office

Aggrieved, the case was brought on appeal to the Office of the Director General of the Intellectual Property Office who reversed the Decision of the Bureau of Legal Affairs and ruled that – “… more than the use of the trademarks in the Philippines, the applicant must be the owner of the mark sought to be registered… when the applicant is not the owner, he has no right to register the mark.”

DECISION OF THE COURT OF APPEALS

Dissatisfied with the outcome of the decision, Fredco elevated the matter with the Court of Appeals only to be disappointed when the Court of Appeals affirmed the questioned decision. It ruled that Harvard University was able to substantiate that it had appropriated and used the marks Harvard and Harvard Veritas Shield Symbol in Class 25 far earlier than Fredco and its predecessor, New York Garments. The Court of Appeals also ruled that the records failed to disclose any explanation for Fredco’s use of the name and mark “Harvard” and the words “USA,” “Established in 1936” and “Cambridge, Massachusetts” within an oblong device, “US Legend” and “Europe’s No. 1 Brand.” The Court of Appeals also reiterated the ruling in the case of Shangri-La International Hotel Management Ltd. v. Developer’s Group of Companies, Inc in March 2006, citing “One who has imitated the trademark of another cannot bring an action for infringement, particularly against the owner of a mark, because he would be coming to court with unclean hands. Priority is of no avail to the bad faith plaintiff. Good faith is required in order to ensure that the second user may not merely take advantage of the goodwill established by the true owner.”

Decision of the Supreme Court

Haunted by the looming possibility of permanently losing its trademark, Fredco brought the matter on appeal to the Supreme Court, only to be frustrated by its final verdict. The Supreme Court, upon reviewing the antecedent facts, ruled in favour of Harvard University. This is the ruling in the case of Fredco Manufacturing Corporation v. President and Fellows of Harvard College (Harvard University), issued June 1, 2011.

It was also observed that Fredco does not have any affiliation or connection with Harvard University, or even with Cambridge, Massachusetts. Fredco, nor its predecessor-in-interest, New York Garments, was not established in 1936 nor in the USA as indicated by Fredco in its oblong logo. Fredco offered no explanation as to why it used the mark Harvard on its oblong logo with the words ‘Cambridge, Massachusetts,’ ‘Established in 1936’ and ‘USA.”’

Sections 6bis and 8 of the Paris Convention provides:

(i)The countries of the Union undertake either administratively if their legislation so permits or at the request of an interested party, to refuse or to cancel the registration of a trademark which constitutes a reproduction, imitation or translation, liable to create confusion or a mark considered by the competent authority of the countries as being already the mark of a person entitled to the benefits of the present Convention and used for identical or similar goods. These provisions shall also apply when the essential part of the mark constitutes a reproduction of any such well-known mark or an imitation liable to create confusion therewith.

A trade name shall be protected in all the countries of the Union without the obligation of filing or registration, whether or not it forms part of a trademark.

Considering that the rights and protection afforded by Section 6bis of the Paris Convention attaches to internationally well-known marks, the Supreme Court then proceeded to discuss the criteria for establishing an internationally well-known mark. It stated that “the power to determine whether a trademark is well-known lies in the competent authority of the county of registration or use… it can either be the registering authority, if it has the power to decide this, or the courts of the country in question if the issue comes before the courts.”

Article 6bis of the Paris Convention has been administratively implemented in the Philippines through two directives of the then-Ministry (now Department) of Trade, which directives were upheld by the court in several cases: Mirpuri v. Court of Appeals (1999); Puma Sportschufabriken Rudolf Dassler, KG v. IAC (1988); and, La Chemise Lacoste, SA v. Hon Fernandez et al (1984).

As stated in Section 123.1(e) of Republic Act No. 8293 (the Intellectual Property Code), Rule 102 of the Trademark Rules and Regulations and Sehwani, Incorporated v. In-N-Out Burger, Inc, an internationally well-known mark, to claim the benefits of protection, need not be registered or used in Philippines. In determining whether a mark is well-known, the following criteria or a combination thereof may be taken into account:

(b) The market share, in the Philippines and in other countries, of the goods and/or services to which the mark applies

(d) The quality-image or reputation acquired by the mark

(i) The commercial value attributed to the mark in the world

The Supreme Court declared that since “any combination” of the foregoing criteria is sufficient to determine that a mark is well-known, it is clearly not necessary that a mark be used in commerce in the Philippines. Thus, while under the territoriality principle a mark must be used in commerce in the Philippine to be entitled to protection, internationally well-known marks are the exceptions to this rule.

Finally, the Supreme Court ruled that “there is no question then that ‘Harvard’ is a well-known name and mark not only in the United States but also internationally, including the Philippines. The mark ‘Harvard’ is rated as one of the most famous marks in the world. It has been registered in at least 50 countries. It has been used and promoted extensively in numerous publications worldwide. It has established a considerable goodwill worldwide since the founding of Harvard University more than 350 years ago. It is easily recognizable as the trade name and mark of Harvard University of Cambridge, Massachusetts, USA., internationally known as one of the leading educations institutions in the world. As such even before Harvard University applied for registration of the mark ‘Harvard’ in the Philippines, the mark was already protected under the Articles 6bis and Article 8 of the Paris Convention. Again, even without applying the Paris convention, Harvard University can invoke Section 4 (a) of RA No. 66 which prohibits the registration of a mark ‘which may disparage or falsely suggest a connection with persons, living or dead, institutions, beliefs…'”

Copycats cannot prevail. This Decision shows the Philippines’ commitment to honour its obligations under international treatises and to provide an effective system of enforcement of intellectual property rights, more particularly to internationally well-known marks. As discussed above, marks that pass the criteria in determining well-known marks, are protected in the Philippines whether or not it is registered or used in Philippine commerce.