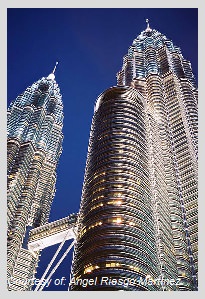 The recent case of Pfizer Ireland Pharmaceuticals (“appellants”) and Ranbaxy (Malaysia) Sdn Bhd (“respondents”) springs out of an invalidation action initiated by the respondents to cancel  Malaysia Patent No. MY-111446-A entitled “Pyrazolopyrimidinones for the Treatment of Impotence” (the “446 patent”). The appellants raised the issue as to whether the court had the power to amend a patent post grant and while the subject of  an invalidation proceeding under Section 56(3) of  the Patents Act 1983 (“the Act”). In so doing, the court had to draw a clear line on the interpretation of Section 79A of the Act and Order 20 Rule 8 of  the Rules of the High Court (“RHC”).

Section 79A of the Act states that a patent document cannot be amended after grant  unless there has been a typographical error, or such  amendment  is supported by the  specifications and does not go beyond the initial disclosure of the said patent. Section  79A (3) further states  that the registrar shall  not amend a patent if there is a pending  court action on the invalidity of the said patent.

On the other hand, Order 20 Rule 8 of the RHC gives the court the power to amend the  pleadings including ‘other documents.’ Hence, the  appellants    argued that “other  documents” includes the patent document which is the subject of the present case. Note  that the Act is silent  on whether the court   has the power to amend the patent during an  invalidation proceeding.

Prior to the decision of the Federal Court, the issue was first raised in the High Court  where the respondents had brought an action for   Invalidation against the appellants’446  patent. The main action is based on the fact that the corresponding European Patent No.  EP 0702555  B2 (“EP 555”) of which the present 446 patent was conformed had been  rejected by the Technical Board of Appeal of the European Patent   Office.

The appellants in order to avoid invalidation of their 446 patent commenced a separate application in the High Court to amend their 446 patent   by    reducing the 13 claims of that patent which were in conformity with the rejected EP 555 patent to an amended single claim by invoking   Order 20 Rule 8 of the RHC.
It was decided in that case that the powers of the Court to order the amendment under Order 20 rule 8 of the RHC are restricted and confined   only to Court documents and pleadings.

The High Court decided that if such an amendment was allowed, it would deprive the respondents of their right and opportunity to seek redress in its invalidation claim of the appellants 446 patent. Further, the amendment to 446 patent would change the character of the suit and cause injustice to the respondents.

Aggrieved, the appellants elevated the suit to the Court of Appeal which decided in favour of the respondents stating that the courts have to balance between whether by granting leave to amend the 446 patent the other party would suffer injustice. In the present case, it was affirmed that if the court were to allow the appellants to amend their 446 patent, the respondents would suffer injustice that would not be compensated by cost as their statement of claims and particulars of objection would have to be altered drastically.

The Federal Court agreed with the lower courts and held that the RHC does not permit amendment of documents which are introduced as evidence in a suit. Secondly, the express words of Section 56 of the Act give the court the authority to invalidate a patent but does not permit or empower the court to amend patent documents. Thirdly, the court’s inherent powers are limited to procedural and exclude alteration of substantive matters.

The foregoing decision harmonizes what seems to be a conflict between Section 79A of the Act and Article 20 Rule 8 of the RHC. Patents subject of an invalidation proceeding are evidence and as such may not be amended by the courts post grant on the guise that said patent documents form part of “other documents.”