Yayasan Korpri Banjar (“the Plaintiff”) filed for cancellation of the device mark AKBID MARTAPURA (pictured below) held by Yayasan Marta Berlian Husada (“the Defendant”) at the Commercial Court. The Directorate of Trademarks, the specialised trademark division within Indonesia’s statutory body for the registration of intellectual property, the Directorate General of Intellectual Property (DGIP), acted as Co-Defendant. 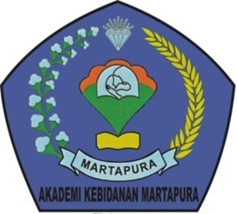 The Defendant and Co-Defendant filed for exception, firstly on the grounds that the Plaintiff’s cancellation suit was incorrectly filed, not fulfilling the requirements of the Indonesia Trademark Law, and secondly, that the Plaintiff did not have the correct locus standi to put its case forward as its Deed of Establishment was not notarised. A notarised Deed of Establishment is a necessary component in filing a trademark cancellation action in Indonesia.

The Commercial Court, allowing the Defendant and Co-Defendant’s exceptions, rejected the Plaintiff’s suit entirely. An organisation claiming to be a subsidiary of the Plaintiff filed an appeal to the Supreme Court against this decision.

However, the Supreme Court rejected the request for appeal. The appellant did not submit sufficient evidence to satisfactorily prove to the Court that it was a subsidiary of the original Plaintiff – therefore it was deemed not to have the locus standi necessary for appeal.  Furthermore, in issuing its decision to deny the appeal, the Supreme Court agreed with the first-instance decision of the Commercial Court, ruling that the legal consideration of the Commercial Court had been correct and proper.

The decisions made by the Commercial Court and Supreme Court in this dispute show the importance of strictly abiding by court rules in Indonesia both in bringing forward trademark cancellation actions, and in appealing decisions of the Commercial Court. In both instances shown here, inadequate documentation nullified the locus standi of the plaintiff/appellant. Indonesian IP owners should take heed of the decisions taken here when pursuing trademark litigation matters.