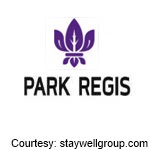 The High Court of Singapore recently decided a dispute involving the marks ST. REGIS and PARK REGIS & Design used for services in Class 43 by Starwood Hotels & Resorts Worldwide, Inc. and StayWell Hospitality Group Pty Ltd, respectively. The matter came to the Court on an appeal filed by StayWell against the decision of the Intellectual Property Office of Singapore (IPOS) in which IPOS found the marks to be aurally and conceptually similar. IPOS held that such similarity could result in likelihood of confusion between the marks and, accordingly, upheld Starwood’s opposition.

On the issue of similarity of the marks, the Court held that the common element “Regis” was distinctive for hotels. This, coupled with the conceptual and aural similarities of the marks, would offset visual dissimilarities and hence, in the global assessment, the marks were held to be similar.

However, the significant point in this judgment is the Court’s approach on the issue of whether, notwithstanding the similarity of the marks, there was a likelihood of confusion such that the marks could not coexist. Applying a detailed analysis, the Court observed that the relevant criterion for deciding this issue is how the hotels are marketed and the possibility of confusion when customers book a room in either of the hotels.

The Court observed that in the modern world, there are several ways through which most guests would make their bookings, including bookings via the Internet, by telephone, through travel agents or as walk-ins.

The Court opined that to a reasonable and discerning customer booking online, it would be clear from the vast differences in the websites of both parties that the hotels are not linked entities but rather belong to different groups. Similarly, there is no scope of any confusion when booking through travel agents, who as professionals in the hospitality sector would dispel confusion, if any existed. In case of walk-ins, the Court felt that since the marks are prominently displayed on both hotel buildings, any misconceived notions on the hotels would be eliminated immediately when guests entered the hotels.

The Court observed that the marks cannot be detached from the hotels and, as such, if at all, there is little scope of confusion, which would also be dispelled when a guest checks in. The Court commented that the prominent display of the STAYWELL HOSPITALITY GROUP mark on Park Regis Singapore’s website, the attempt to classify the hotel as a four-star hotel in a different category from the St. Regis Singapore and the marketing of Park Regis Singapore as a business rather than as a luxury hotel were all deliberate steps taken by StayWell to differentiate its services and to reduce confusion.

The Court concluded that, despite the fact that the marks were similar, they were not likely to be confused by reasonable consumers, and thus the marks could coexist. The fresh approach taken by the Court in determining likelihood of confusion among similar marks makes this case significant for trademark practice in Singapore.