In a decision billed by the hearing registrar as a “David and Goliath clash”, Discovery Communications, LLC (“Opponent”), a corporate media giant of “Discovery Channel” fame, brought opposition proceedings against the application of A-Star-Education Discovery Camps Pte. Ltd. (“Applicant”) to register the mark “

The Principal Assistant Registrar (“PAR”) of the Intellectual Property Office of Singapore held that the opposition failed on each of the grounds raised.

The goods and services covered by the Application Mark “ 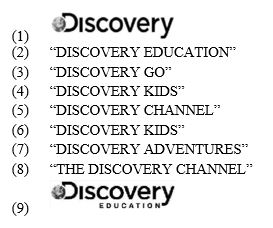 The PAR held that there was a low level of overall distinctiveness in the word “DISCOVERY”, given that (i) the meaning of the word has some nexus to the goods concerned; and (ii) there are many other registered trademarks in use containing the said word.

Embarking on a detailed examination of the visual, aural and conceptual similarity of the competing marks, the PAR found the competing marks to be on the whole more similar than dissimilar, save that items 1, 8, and 9 of the Opposition Marks were visually more dissimilar.

The PAR’s observations on visual similarity bear noting. The PAR held that the word “DISCOVERY” in items 2 to 7 of the Opposition Marks was dominant as it was coupled with a suffix that is only descriptive of the services rendered. This was sufficient to make the said Opposition Marks visually similar to “

”, notwithstanding the stylization in the latter. On the other hand, (i) items 1 and 9 contained a device (the elided globe on the letter “D”); and (ii) item 8 contained the word “THE”, both of which made the said marks dissimilar to the Application Mark.

Similarity of goods and services

The PAR found that there is some similarity between the goods of the competing marks in classes 9 and 16. Moreover, there was meaningful and complementary overlap between the Applicant’s class 43 services and the Opponent’s class 39 services.

Notwithstanding her observations above, the PAR held that opposition would fail as there was no likelihood of confusion for: (i) there was little distinctiveness in the word “DISCOVERY”; (ii) the Opponent’s strong reputation reduces the likelihood of confusion; and (iii) consumers will exercise fastidiousness in selecting the types of goods and services covered by the Application Mark.

The PAR was not convinced by the evidence tendered and rejected the Opponent’s argument that its marks form a larger family of “DISCOVERY” marks and consumers would associate the Application Mark as an addition to its family of marks.

The PAR was of the view that while the Opponent’s marks are well-known in Singapore, the Opponent could not rely on this provision as there was no likelihood of confusion to start with. The Opponent also failed to prove the extensive use and promotion of its marks that was prerequisite to showing that its marks were “well known to the public at large in Singapore” (which would have obviated the need to show confusion).

This decision provides a case study into a scenario commonly faced by trademark practitioners: a small local firm takes on an international giant with a worldwide brand. However, even Goliath cannot prevail all the time have difficulty prevailing if its mark is not inherently distinctive to begin with; moreover, its reputation can be a hindrance as it lessens the likelihood of confusion.

By: Gladys Mirandah and Yan Chongshuo

A version of this article first appeared on Asia IP. For more information, please visit http://asiaiplaw.com.