An application by S. C. Johnson & Son, Inc. (applicant) to invalidate Off-White LLC’s (the proprietor’s) registered trademark on the grounds of similarity, well-known mark status, and passing off was adjudged to fail by the IP adjudicator in his decision, rendered on December 15, 2021.

His decision bears highlighting as it underscores how, when considering applications for invalidity of composite marks, one should view the marks in their entirety, even though one component may be more distinctive than the other. Otherwise, the registration of a composite mark can lead to unfairness through an illegitimate broadening of scope of protection given by registration. 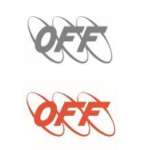 The applicant relied on its earlier registered marks OFF! (and device/logo) bearing registration numbers T6843313F, T0620794I, and T0620792B, all in Class 5, registered on January 26, 1968, and the latter two marks, on October 5, 2006, respectively. These marks have since become one of the applicant’s leading brands, notably, for insect repellents, which have been on sale since 1957. The objectionable goods in question were “lotions for skin care,” “non-medicated skin care preparations,” and “non-medicated toiletry preparations.”

On the first ground of similarity, the adjudicator took the view that the marks were visually different, given the exclamation mark and an oblong characteristic of the applicant’s marks versus the proprietor’s mark, which has three parallel orbits superimposed over each other. Aurally, the effect of the applicant’s composite marks, with an exclamation mark, gave it a somewhat different pronunciation, hence, making it dissimilar. Conceptually, since the common denominator “Off” is of low technical distinctiveness, the remaining elements taken together rendered the marks more dissimilar than similar. Overall, he assessed parties’ marks to be dissimilar rather than similar.

Considering the applicant’s second ground of well-known mark status, since the adjudicator had found the parties’ marks to be dissimilar, this ground would have failed at the first hurdle and therefore an assessment of well-knownness was moot.

With regards to passing off, while the adjudicator was convinced that the applicant enjoyed goodwill, since he found the marks to be markedly different, he did not consider there to be a realistic possibility of deception caused by any representation inherent in the use of the proprietor’s mark in relation to the objectionable goods.

Taking all of the above into consideration, the applicant’s application for invalidation failed on all grounds.

This article was first published by the International Trademark Association on inta.org.