We are excited to share with you the highlights of the changes to the Malaysian Trade Marks Act (“Amended TMA”) which is currently tabled for its third and final reading before the Malaysian Parliament when it sits in October 2019.

The salient features of the Amended TMA are as follows:

1. Accession to the Madrid Protocol and Multi-Class Applications

For the avoidance of doubt, the Amended TMA does not set out the manner in which the Madrid Protocol is to be implemented.  Rather, it empowers the Minister to make regulations to give effect to the same, thereby paving the way for Malaysia’s accession to the Madrid Protocol and fulfillment of commitments under the ASEAN Economic Community Blueprint 2025.

Under the Amended TMA, collective and non-conventional marks, including colour, sound, scent, hologram, positioning, shape of goods or their packaging, sequence of motion or any combination thereof, are registrable, provided the mark is capable of being i) represented graphically, and ii) distinguished from those goods and/or services of others. 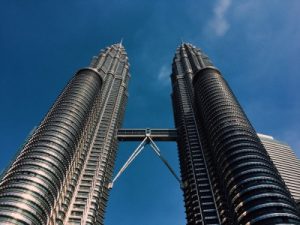 3. Absolute and Relative Grounds of Refusal

Substantive examination will be based on absolute and relative grounds of refusal, the former including marks which are non-distinctive or descriptive, and the latter based on similar or identical marks which were filed earlier.

In line with the acceptance of non-conventional marks, there are also specific provisions under the absolute grounds of refusal in respect of shape marks, which prohibit the registration of shapes which i) result from the nature of the goods themselves; ii) are necessary to obtain a technical result; or iii) give substantial value to the goods.

The Amended TMA also recognizes consent by the owner of an earlier conflicting mark, although the Registrar retains discretionary powers to accept such consent, taking into account public interest and the likelihood of confusion.

There is also an express provision for the recognition of common law rights under the law of passing off for unregistered marks and trade marks which contravene copyright or industrial design laws.

The Amended TMA recognizes trade marks as a form of security interest, in the same way as a personal or movable property, and may be the subject of a charge.

5. Revocation on the basis of Non-Use

The grounds for revocation on the basis of non-use have been expanded to include instances when a mark has become a common name in the trade as a consequence of inactivity, and when the use of such mark is liable to mislead the public as to the nature, quality or geographical origin of the goods or services.

The Amended TMA has done away with the recordal of registered users.  However, it will be possible, though not mandatory, to record a license.  A license is deemed effective only if it is in writing and signed by or on behalf of the grantor.  Sub-licensing is also recognized under the Amended TMA. 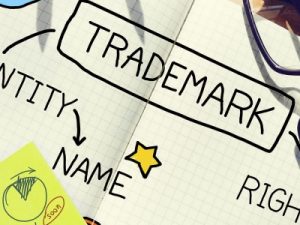 7. Expansion of the Scope of Trade mark Infringement

The Amended TMA also sets out instances of infringing use to include, amongst others, the application of the mark to goods or their packaging or related trade documents; offering or supplying services under the mark. Further, remedies are also clearly set out to include injunctions, damages, account of profits, delivery up and destruction.

The Amended TMA also introduced certain regulatory changes, the notable ones being:

a. The filing date is recorded only on fulfillment of all formality requirements;

c. A trade mark is deemed valid after five years of registration, instead of 7 years under the old TMA.

The Amended TMA extends legal professional privilege to communications between a registered trade mark agent and the person appointing or authorizing the agent, as would be the case between a solicitor and client.

Similarly, the right of lien enjoyed by a solicitor in relation to the documents and property of a client is extended to a registered trade mark agent.

The Amended TMA has yet to come into force, pending notification in the Gazette.  We will keep you posted once it becomes effective.  In the meantime, please do not hesitate to contact us should you have any questions arising from the foregoing.